Going to court for the first time can be daunting. Unless you have been to the Brisbane Magistrate court before or know someone who has, you’ll most likely have no idea what to expect, where to go or what to do. The thought of the unknown is what many find so nerve-wracking. 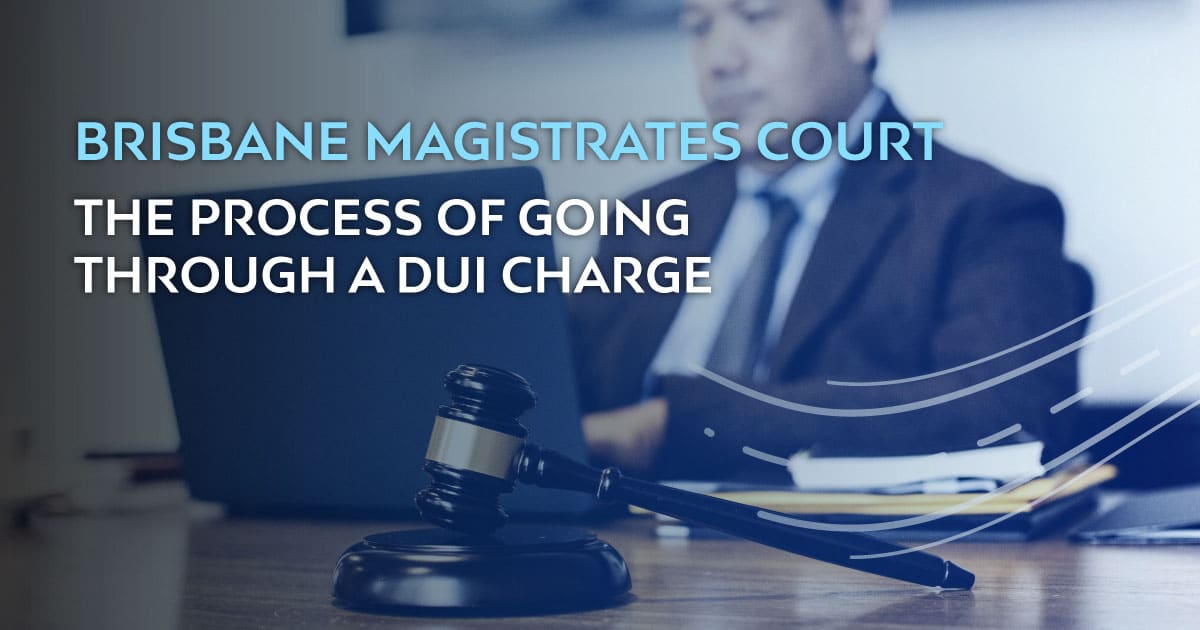 Hiring an experienced traffic lawyer can make this process much less scary. They can walk you through the process and guide you on the steps you should be taking and when. More often than not, those that have legal representation for their drink driving charge will receive a lesser penalty.

Where is the Magistrates Court in Brisbane?

Always arrive at court well before your scheduled court hearing. Once you have entered the Brisbane Magistrates Court, you will then need to go through the security checkpoint. Once through this, you’ll see a series of noticeboards. They will list where your matter is to be heard. You should then go to your designated courtroom.

Once you have arrived, the Police Prosecutor will typically ask whether you are pleading guilty, not guilty, or requesting for your matter to be adjourned. They will give what’s known as a QP9 document, and that will outline the alleged charges against you and other supporting documentation. While waiting, it’s a good idea to read the information listed in your QP9 document. If there’s anything documented that you believe is incorrect, you need to alert the Police Prosecutor to this,

Court commences once the Magistrate arrives. You’ll be required to stand when the ‘all rise’ call is made. You can then sit down again after Magistrate has taken their seat.

There is no set time that your hearing will be dealt with when going to court for a drink driving matter, you’ll be required to arrive as soon as the court opens, typically at 9 am and then it could be hours before your matter is heard. In most instances, those who have legal representation will be heard first. People seeking an adjournment will normally go next, and those pleading guilty will go last.

When your matter is called, you’ll need to get up and go to the table where the Police Prosecutor is. You’ll stand to the left; the Magistrate will ask you what you are pleading. You can then tell the Magistrate your decision, ensuring you address the Magistrate as “Your Honour”. They will confirm your plea and then request you sit down.

The Police Prosecutor will give the Magistrate a quick recap of the details outlined in the QP9 along with your breath analyst reading and traffic history. The Magistrate will then look at these documents and may or may not ask you questions relating to this. You will then be given the opportunity to supply the Magistrate with character references if you have them and explain the situation if you choose to.

After this, the Magistrate will normally notify you of your penalty for committing your drink driving offence. At a minimum, this will include a monetary fine and disqualification period. The Police Prosecutor will then ask for your driver’s licence which you must surrender. If you don’t have it on you, you must hand it in at Queensland Transport no later than a day after your licence has been disqualified in court. After this, you’ll be permitted to leave the court. Remember that you won’t be able to drive home from the court if your licence has been disqualified, so you’ll need to make alternative arrangements.

What if I can't or don't attend my court date

Failing to attend court on the date that is recorded on your Notice to Appear may result in a warrant being issued for your arrest and additional charges being laid. If you cannot attend court, you should seek advice from a legal professional as soon as you can.

You don’t have to hire a lawyer to represent you however, there are several benefits to doing so, such as:

Here at Drink Driver Lawyer, we know Brisbane Magistrate Court well and we have years of experience representing those with traffic charges, drink driving included right across Brisbane and the Gold Coast.

If you are facing a drink driving charge, don’t go at it alone. Queensland takes a no-nonsense approach to such charges, and the consequences can be serious. Don’t risk your future. Contact our expert team today. We offer free case reviews and can advise you of your options.